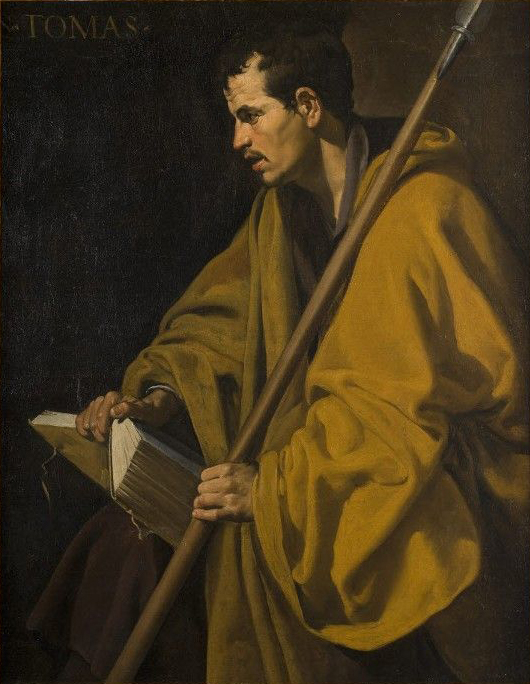 And Thomas answered and said unto him, My Lord and my God.

My Lord, my God – This is one of the most quoted verses used to justify the Trinitarian doctine. And without further examination, I’d say it’s pretty good proof. I mean if this is accurately what Thomas said, then how can I argue? But what if it’s not exactly what Thomas meant?

No, I’m not saying the Bible is wrong. I’m just suggesting that maybe there’s more here if we investigate the word further. Shall we?

The word in Greek for “my God” is mou theos which means just that, “my God.” But this is also the most common Greek translation of the Hebrew word Elohim from the LXX. Why is this important?

In the 1st century, disciples, or talmidim, never spoke to their Rabbis in Greek. It was not favorable and considered disrespectful. They would have spoken in Hebrew… maybe Aramaic. That means we need to consider this sentence from Thomas to be spoken most likely in Hebrew. When doing so, “My Lord, my God” becomes more like Adonai, Elohim.

The Aramaic English New Testament confirms this as “My Master, and my Elohim!” So now we need to dig into what the word Elohim could possibly mean. The Blue Letter Bible indicates that it can mean, “rulers, judges, divine ones, angels, gods” so the gamut of meaning is quite broad. It doesn’t necessarily need to mean “God.” This is a big deal. The word translated as “God” may not have been what Thomas meant at all.

To understand this, let’s look at a verse from Zechariah.

In Exodus, Moses is called an Elohim to Pharaoh.

And the Lord said unto Moses, See, I have made thee a god [Elohim] to Pharaoh: and Aaron thy brother shall be thy prophet.

In these ways we see that Elohim can be taken as the messenger, or voice of God in the world. This is exactly what Yeshua is… the Elohim in the world – the acting voice, judge, or ruler.

My point with this is that Thomas’ message doesn’t necessarily equate to “My Lord, my God” and we should be willing to recognize this. There’s a lot more going on in the text than we might imagine. Without proper cultural context and an understanding of how the languages were used, we’ll miss it. And if we miss it, we end up creating doctrine where doctrine doesn’t exist.