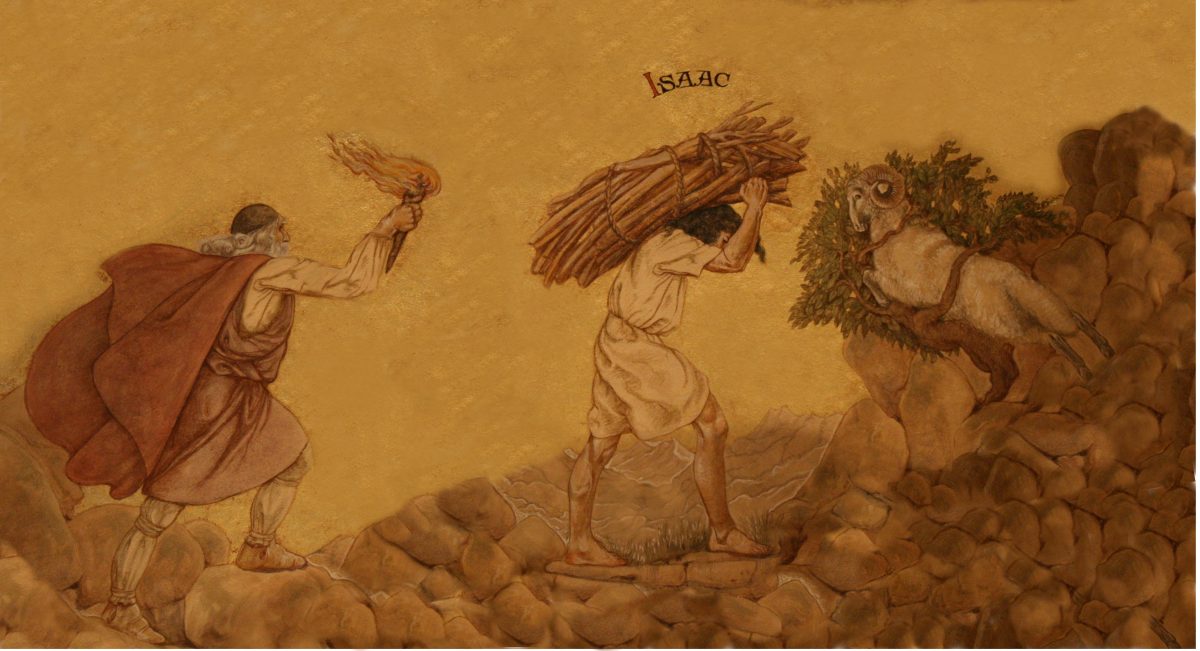 And Abraham said, “It is God who will see to the sheep for this burnt offering, my son.” And the two of them walked on together.

, my son – When the text we read includes punctuation (periods, commas, quotes, etc.), it is important to note that the punctuation was added at a later time. None of the original manuscripts, or relative copies, were written with commas or periods, etc. So now in this verse, the comma indicates that Abraham is speaking to his son; “, my son.” but what if the comma was a semicolon; “; my son”? Do you read a change in what just happened?

By changing a comma into a semicolon we now have changed what is being communicated to Isaac by his father.

It is God who will see to the sheep for this burnt offering; my son.

Abraham may very well be telling Isaac that he is the offering. Rather than lying (because Abraham does not know if God will provide a sheep) to Isaac that a sheep will mysteriously appear, Abraham is being straight forward with Isaac. God clearly instructed Abraham to bring Isaac to the mountain and offer Isaac upon the altar. If Abraham is suggesting otherwise, he would be trying to appease Isaac and spare him temporarily from the ultimate outcome – Isaac’s death.

Maybe this is exactly what is going on. Maybe Abraham is trying to hide the truth from Isaac to prevent Isaac (who is in his early 30s by the way) from wanting to escape the situation. That sounds reasonable. Abraham could be trying to shield his son from a difficult situation until the last possible minute.

Or perhaps Abraham is being truthful and direct with his son. Could it be that Abraham, in the only conversation recorded in the Bible between he and his son, is coming to terms with the situation and sharing the trip’s intention with Isaac.

What holds more weight when we read the very next sentence?

And the two of them walked on together.

I submit that Abraham was clearly communicating to Isaac that he was to be the offering. And while this would cause most sons to rebel against their fathers, the text tells us that Isaac and Abraham, after this realization, still continue to walk together. Perhaps the gravity of this event is best communicated with a semicolon, instead of hiding it with a comma. And in the end, they both walk together, in one mind and in one purpose – both obedient to God.