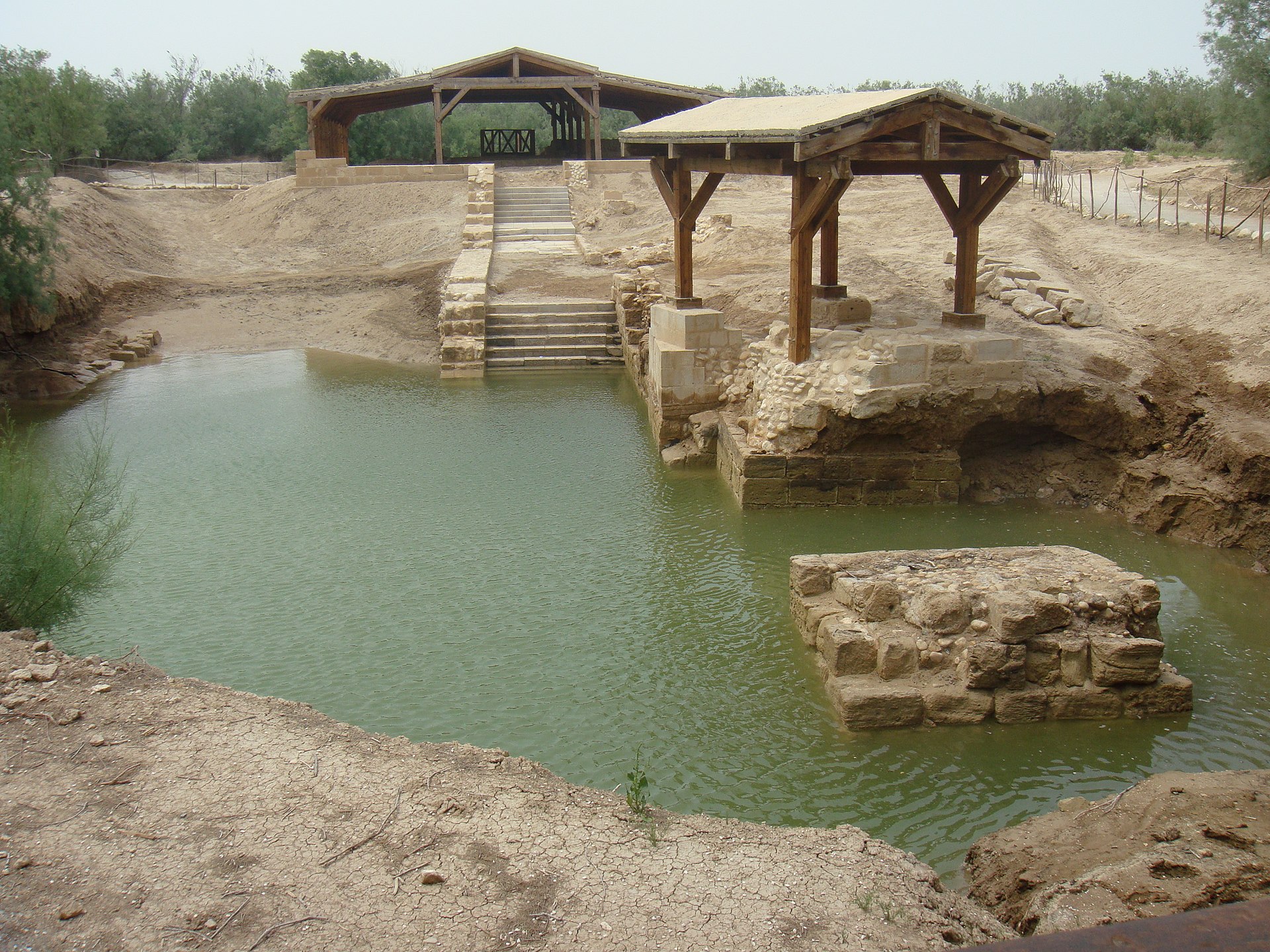 And Moses brought Aaron and his sons, and washed them with water.

Washed – Baptism is frequently thought of as a Christian event. The first form of New Testament baptism is found in the story of John the Baptist. But John wasn’t a Christian, he was a Jew. Why would John practice baptism if baptism was a Christian thing, especially at a time when Christians weren’t yet a people?

I submit that baptism is actually wholly Jewish and the washing of Aaron and his sons is the institution of this practice. For Jewish men to practice this in the New Testament means that it must be rooted in Jewish tradition.

The word is rachats (וַיִּרְחַץ) which means “to wash.” It is used over 75 times in the Old Testament. According to the Theological Wordbook of the Old Testament (TWOT), “This root refers to ritual washings and is cognate philologically, although not semantically to Akkadian rahasu “to overflow,” “to flood.” It is not only used here from Leviticus 8:6 for washing the priests but is also used for washing all the sacrifices brought forth before placing them on the altar.

Let that sink in for a second. We can look at this two different ways. Apostle Peter quotes from the Torah that we are a royal priesthood. This could be the very reason baptism become popular in the first century. But then Apostle Paul also mentions that we are living sacrifices. Sacrifices were washed before offering unto God. Both ways, both things needed washing. The relationships are considerable. But I want to call attention to another practice. The practice that seems most common in the New Testament. Baptism as a symbol of cleansing from sin.

Wash you, make you clean; put away the evil of your doings from before mine eyes; cease to do evil;

Both verses are about washing oneself from filth and sin and use the same Hebrew word, rachats. Washing oneself from sin was a common Jewish understanding. Baptism was not something Christianity made up, nor is it a requirement for salvation. However, it could be a symbolic gesture of repentance. This is where the Apostles come in.

But I would like to go one further. It relates to the process for joining the people of Israel. Reading from the Legend of the Jews, volume 3:2:36:

Just as one who is to be admitted to Judaism must first submit to the three ceremonies of circumcision, baptism, and sacrifice, so Israel did not receive the Torah until they had performed these three ceremonies. They had already undergone circumcision in Egypt. Baptism was imposed upon them two days before the revelation on Mount Sinai. On the day preceding the revelation Moses recorded in a book the covenant between Israel and their God, and on the morning of the day of the revelation, sacrifices were offered as a strengthening of the covenant.

Could it be that baptism in the New Testament was really about bringing in the Gentiles into Israel. That last one has a very interesting point if we consider that the New Testament is only for Israel (Hebrews 8:8). If that’s the case, then surely every Gentile would require a conversion to become an Israelite.