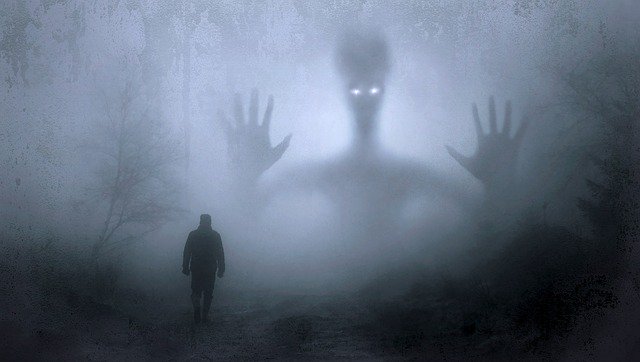 A couple of months ago, I had a great conversation with an older fellow believer. He was concerned that I had become too legalistic in my obedience to the laws of God. Although, he didn’t outright say that, I could tell based on his attempt to have me reconsider not fasting from leaven during Passover. He knew that my family and I didn’t eat leaven during the Feast of Unleavened Bread, but he did. And similarly to many Christians, he prided himself on being spiritually obedient and living according to the spiritual commandments written on his heart. This is a very noble effort indeed.

There is no doubt we should be living spiritually, as spiritual men and women. As Apostle Paul writes, a carnal man cannot keep the law (Romans 8:6-7). So it is true that we must be spiritual to present ourselves as obedient children while conforming ourselves to the teachings (laws) of our Father in heaven.

Back to the story. This particular man began to share how he too once desired to fast from leaven during Passover. He too felt that Exodus 12:15 was an important teaching. During this time, he requested that his wife prepare unleavened bread for their bag of food they were bringing during the church’s Passover meal. This is something my community does during this holy day. His wife baked the unleavened bread and prepared it the night before.

The next day, this man received a call from a known prophet in his church to come by for a visit. He went to the prophet’s house and the prophet invited him in. Immediately the man saw a raised loaf of bread sitting on the prophet’s table. It was already cut into three large chunks. This prophet told the man that we are a spiritual people, and the physical law of fasting from leaven is no longer important to us. The prophet proceeded to give the man one-third of the leavened bread and told the man to put this in his bag and bring it to the Passover meal.

This man was shocked. How could this prophet know what he was about to do? He hadn’t told many people of his desire to fast from leaven. Surely this must be a sign from God. Surely this prophet was true and the words should be obeyed.

I smiled as this man told me his story. He was a good man, and I didn’t have the tactical wisdom to share with him his error. I’ve been thinking about this for some time now. Today I’m formulating it into a post because it helps gather my thoughts. I know quite well that I’m not the only person faced with this excuse to break God’s laws. I fully believe this man was acting out of concern for me, and displaying love as he knew how. I respect him for that. Unfortunately, the advice was to turn away from God’s laws which is considered sin (1 John 3:4).

You see, this man had been lead astray by a lying prophet. And according to the Bible, God Himself sends forth lying prophets for the purpose of testing us.

The lying prophet’s mission ties in directly with loving God with all our heart and all our soul. And if we love God, what do we do? We keep His commandments (1 John 5:3). A lying prophet was sent to this man to see if this man would deny the false prophet and choose God, or deny God’s teachings and choose lies.

You might be thinking, But what do you mean, God sent him? It doesn’t seem like God to send a lying prophet. I understand this concern, but this has precedence already. God is the one who sends lying prophets. 2 Chronicles 18, 1 Kings 22

So God sends forth lying prophets for the very purpose to test us and our obedience to His laws. These false prophets are there to turn us from God’s teachings, His way, His laws.

And that prophet or dreamer of dreams, shall be put to death; because he hath spoken to turn you away from the LORD your God, which brought you out of the land of Egypt, and redeemed you out of the house of bondage, to thrust thee out of the way which the LORD thy God commanded thee to walk in. […]

If we value the false prophet’s teachings to turn away from God’s laws, we’ve been fooled. And further, anyone coming to teach against God’s laws is rightly defined as a false prophet according to the Bible. It is a dangerous world we live in today. There are many false prophets rampant in our communities. God’s word is true. The Bible is true. It is imperative that we conform our lives to it, rather than conforming it to our lives.

Fasting from leaven during Passover is an important teaching of God. It may not be something many of us are used to, but nevertheless, it is commanded by God in the Bible. Listening obediently to God’s instructions for us is a directly relation to how we show our love toward Him. Do not let others teach you to disobey God and justify it by saying we’re spiritual now. That’s just not true. In fact, the more spiritual we are, the stronger we should be in obedience to His law.