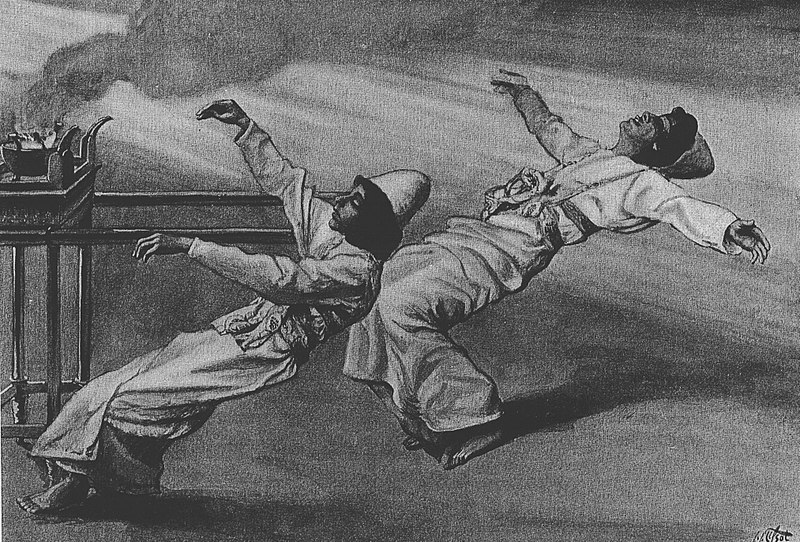 And Nadab and Abihu, the sons of Aaron, took either of them his censer, and put fire therein, and put incense thereon, and offered strange fire before the Lord, which he commanded them not.

Which he commanded them not – When you serve the Lord, do you serve Him the way you want to serve Him, or the way He wants to be served? This verse from Leviticus about Aaron’s sons, Nadab and Abihu, show the importance of serving God the way He desires.

Most people ask why Nadab and Abihu were stricken down by God. Why did God punish them for bringing fire into the Tabernacle? But one thing we don’t often think about is why were Nadab and Abihu the only ones who decided to do this? What was it that prompted them to bring this fire?

To understand, we need to read another story that involved Nadab and Abihu. The story when they were invited up Mt. Sinai with Moses from Exodus 24.

In this story, Moses, Aaron, Nadab, Abihu, and 70 elders are invited up the mountain. There are sacrifices, they see God, they eat and drink in His presence for 7 days, there is a fire atop the mountain, and all of a sudden everyone is told to remain except Moses. Moses is asked to go further up into the cloud. Everyone else stays back.

All of these minor details can also be found leading up to the consecration of the Tabernacle prior to Nadab and Abihu’s death. And while they seem minor to us, they were probably considered significant signs by Nadab and Abihu. Let’s take a look.

Do you see what happened?

Nadab and Abihu witnessed a miraculous event at Mt. Sinai. They were invited up the mountain by name. They got to feast and drink in the presence of God. There were sacrifices, consuming fires, and God’s glory was radiating. It was a powerful experience. Then the brothers witnessed all these same signs again during the consecration of the Tabernacle. It was obvious to them. Everything lined up perfectly, so the next step would naturally be for someone to go in unto God. They missed out the first time around but weren’t going to miss the opportunity again. They went in by their own desire.

For this, they were killed.

Can you relate? How do you serve God? By your own desires or by the rules set forth in Torah? We’re not far from Nadab and Abihu. We want to please God but sometimes we serve Him in ways that conform to our own desires. We need to take a step back and not rush in so quickly.

This relates well with how we choose to serve others. How often have we given a gift because it’s what we wanted to give instead of giving them what they wanted? It is the same with God. We can give freely, but give and serve in the way God desires it to be done. If you’re unsure what that means, read His will found in the Torah.