For then will I turn to the people a pure language, that they may all call upon the name of the Lord, to serve him with one consent.

Language – I believe the pure language that is being referenced here is Hebrew. I believe it was the language God spoke when He created everything in Genesis. We know it’s the language spoken during the 1st century when referencing religious things (Acts 21:40), and it was the language Yeshua spoke to Apostle Paul on the road to Damascus (Acts 26:14). So maybe it’s about time I learn it more fluently myself.

I thought I’d make a list of some of the quirks I’ve encountered in the Hebrew language.

I can now read Hebrew as long as it has the vowels indicated. If the vowels aren’t shown, which often times they aren’t, forget it. You see, Hebrew’s alphabet comprises solely of consonants. The vowels have to be indicated by little dots and lines above or below each letter. 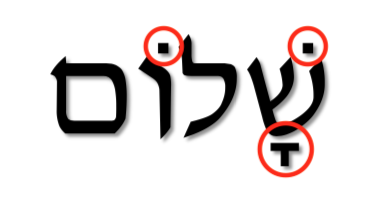 In Hebrew the word structure is Consonant + Vowel + Consonant + Vowel (CvCv). So after every consonant, a vowel must exist except when the consonant ends the word. This is unlike English where it could be CvvC (ie. road) or vCC (ie. act). And it works until the letter, hhet, is ending a word; then the word’s vowel gets swapped to be CvvC. Take for example, this letter combination which should sound like Ko-Hha, but ends up sounding Ko-aHh. 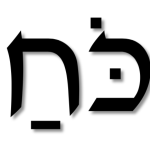 For a language that doesn’t have vowels in its alphabet, I’m baffled that there is a need for a silent vowel at all. As mentioned above, there are times we abandon the CvCv word structure. Take the word below; the two red letters have a hard ending sound. The second one from the right, beyt, is without its dagesh (dot in the middle), so it’s pronounced ‘v’ instead of ‘b.’ The two dots under it indicate, for this letter in this specific moment, that the vowel, which should make an ‘eh’ sound, is silent. So the word sounds like LayV-Mah. 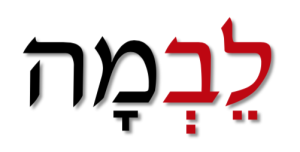 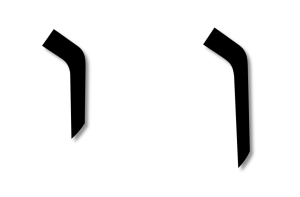 Or how about these two letters; the right is a beyt, and the left one is called the kaph. 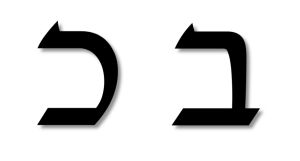 Another set includes the gimmel, on the right, compared with the nun, on the left. 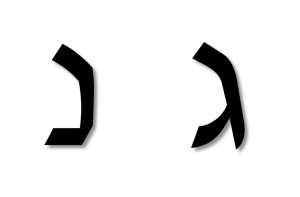 And there’s the samehh displayed on the right which looks very similar to the mem sophit on the left. 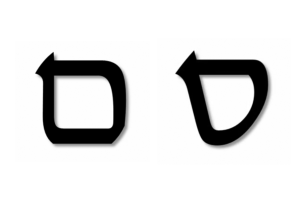 Oh, oh, don’t forget about these either! The right is the resh, and the left one is the kaph sophit, or the kaph when it ends a word. 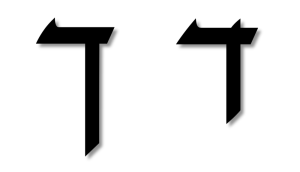 Last similarity are these below. Seriously, Hebrew doesn’t have very many letters anyways, so why do so many need to look so similar? Here on the right is the letter ayin and on the left is the tsade. 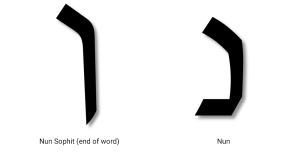 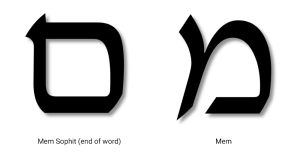 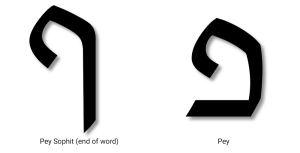 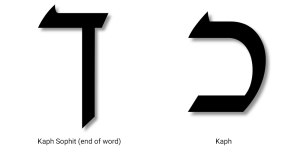 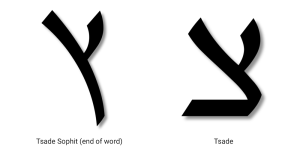 I’ll end here tonight. My mind is already boggling. While the language has evolved over many 1000’s of years, it’s still the original language of the Bible, and the people of God. It’s important for us to study Scripture as close to the original texts as possible. Hopefully this post can help you get a little closer.