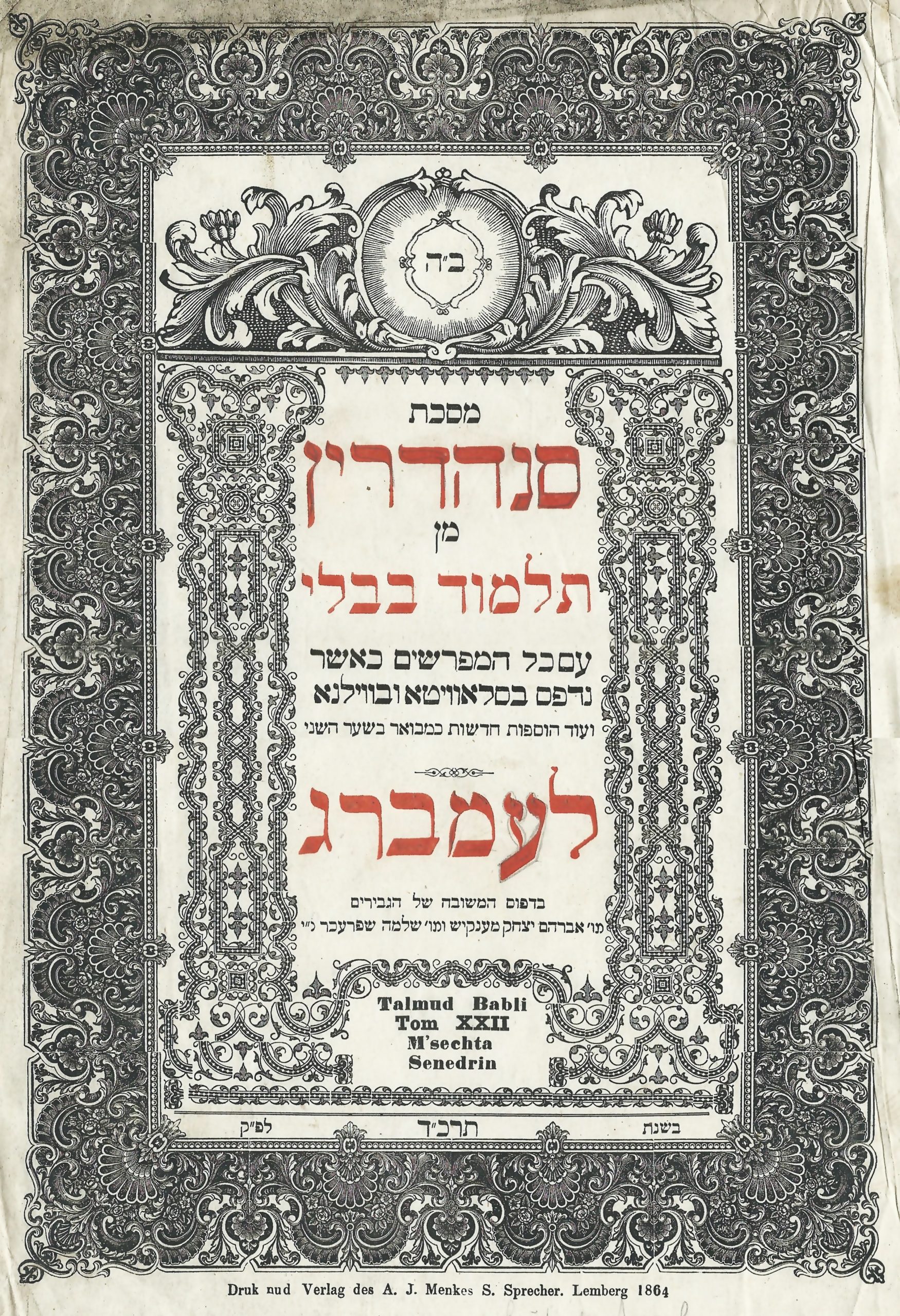 If the place which the Lord thy God hath chosen to put his name there be too far from thee, then thou shalt kill of thy herd and of thy flock, which the Lord hath given thee, as I have commanded thee, and thou shalt eat in thy gates whatsoever thy soul lusteth after.

As I have commanded thee – A recent conversation with a Jewish friend of mine brought us to this verse from Deuteronomy. He reasoned that this verse justified the Oral Law, considered the Talmud, that was given to Moses orally and not part of the Written Law, the 5 books of Moses. The 5 books of Moses (written Torah) does not explain the details for how to kill an animal, but the Talmud does. So obviously God must be talking about the Oral Law in this verse.

Rashi comments on this verse:

THEN THOU MAYEST SLAUGHTER … AS I HAVE COMMANDED THEE — This teaches us that there was already a commandment regarding the slaughtering of animals — as to how one should slaughter; it is not written in the Torah but it comprises the traditional regulations regarding the slaughter of animals that were given orally (נאמרו) to Moses on Mount Sinai (Sifrei Devarim 75:7; Chullin 28a).

But again, I am reminded that our paradigms and preconceived understandings influence our interpretation of Scripture completely. Jewish scholars have long held that the Oral Laws were passed to Moses from God on Mt. Sinai. These laws were then written down in Babylon and became known as the Babylonian Talmud. This belief in a set of oral laws comes into play here. But what about the paradigm of one such as myself that does not accept the Talmud as God-breathed and inspired?

This is what I set out to answer. My Jewish friend raised a strong argument for the Talmud, so this naturally challenged my understanding. At this point, I held two opposing thoughts simultaneously. Could this verse work without accepting the Oral Torah?

First, we should begin by taking this verse in context with the chapter.

Verses 1-14 speak about the place wherein God chooses for sacrifices. Remember God is writing to a people in the wilderness at this time. He instructs them in Deuteronomy 12:8 that they should not practice as they have been doing in the wilderness, but once they have reached the promised land, they should abide by the commandments that He is instructing. The focus thus far is that all sacrifices should be brought to the place of God’s choosing, which we know as the Temple (1 Kings 9:3).

Verses 15-16 focus on the animal that was raised for a sacrifice, but could not be sacrificed for some reason. This animal was allowed to be eaten within the gates of the household and not at the Temple. The family was instructed to pour out the blood on the earth – do not eat the blood.

Verses 17-19 provide insight into tithing. The tithe of one’s crops should not be eaten within the gates of the household but must be eaten before the Lord at the Temple. This is simply because the Levites live at the Temple and the surrounding area. The Levites did not get an inheritance of land, so it was the responsibility of Israel to bring to the Levites a tithe so they too might eat.

Verses 20-25 return the focus back to the animals eaten within the gates of the household and repeat the instruction of not drinking the blood. If the Temple is too far, says God, then one is allowed to kill and eat the animal at home as I have commanded thee. So how has God commanded the killing of the animals? The commandments contained in this chapter include:

There is the answer. That is what God commanded regarding the killing and eating of an animal raised for the purpose of a sacrifice. If the owner lives too far, or the animal forms a blemish, just kill it and eat it at home with whomever, but do not eat the blood. That is it.

I question if verse 21 alludes to the procedure for killing an animal at all. Without the paradigm that God dictated an Oral Law through Moses, the question around how the animal is killed aligns with the commandments that God laid out in the prior verses.

But the fact remains that there are many laws and commandments in the written Torah that are not entirely clear. The oral laws help explain how the culture at that time implemented them. It is important to study, understand, and reflect upon. But the oral laws, while still filled with wisdom, are simply the cultural perspective and interpretation of the written Torah, not the divine word of God. This is okay. It just needs to be recognized as such. The written Torah comes first and is the measuring stick for all other interpretations, community codes/laws, and prophetic writings. It all has to align to Torah – the written 5 books of Moses. Those 5 books are the final authority.