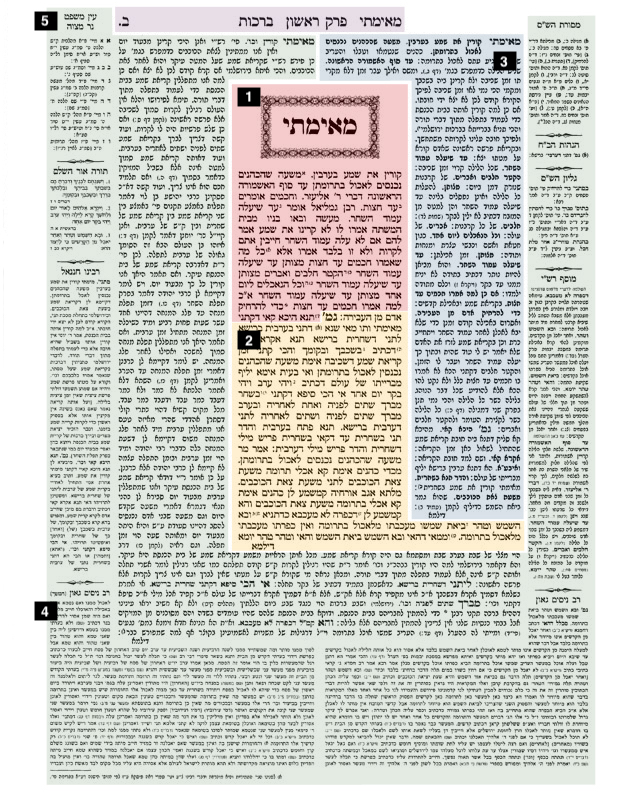 The Talmud is Hebrew for “learning.” Interesting that the Torah means “teachings” and the Talmud means “learning.”

The Talmud is often what Yeshua refers to as the “traditions of men” in the New Testament. He rebukes the Jewish leaders for placing these traditions of men above the actual commandments of God. Yet, as has been noted on this blog, both Yeshua and Paul taught from the Talmud. What does this tell us? It should help us place the Talmud in context – there is wisdom within it. The Talmud can help provide insight into the details of how to carry out an actual written law. But they should never supersede the actual law.

The Talmud is divided into 6 different sections:

The belief is that God passed down to Moses an Oral Torah in addition to the written Torah. These words were restricted from being written down for centuries. They were only passed on orally from teacher to student. During the 1st century it became increasingly difficult to teach these laws due to Roman occupation and restrictions. When the Temple fell in 70 AD it was recognized that this Oral Torah was being forgotten.

In the years following the destruction of the Temple, Rabbi Yehudah the Prince began writing down the procedures for the Temple. This writing is the largest of the Talmud and known as the Mishnah. Keep in mind that the entirety of the Talmud was written many many years after the teachings of Yeshua were written down.

As Rabbi Yehudah wrote down the Oral Laws, he included the teachings of the rabbis around the main text. Notice the way in which this culture added commentary to their sacred writings. It is quite different that we might do today.

The sages who taught the teachings which make up the Talmud represented the totality of the sages of Israel. Because of this, and because the Talmud was accepted as binding by almost the entire Jewish people at the time, its laws are considered binding on all Jews no matter when or where they live. And it is precisely this binding that has kept the Jewish identity strong for thousands of years.