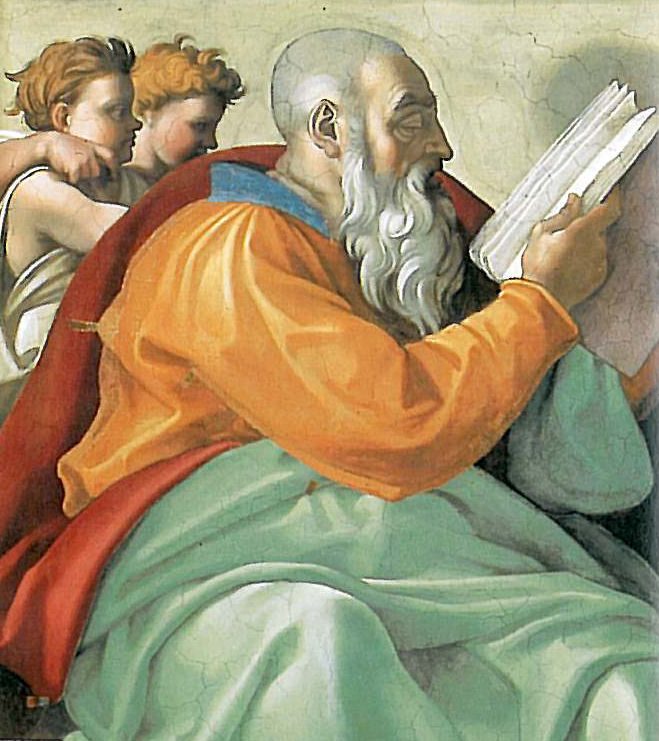 Yet he sent prophets to them, to bring them again unto the Lord; and they testified against them: but they would not give ear.

He – If you’re familiar with this story, this verse should cause some hesitation. The “he” is lowercase causing confusion around just who had sent the prophets.

Let’s take a look at what has happened to this point. Jehoiada, the high priest, died. The king of Judah, Joash, was living righteously while Jehoiada lived. But now that the high priest is dead, Joash hearkens to the princes of Judah and the house of Judah begins to worship other gods. Take a look at the two proceeding verses.

17 Now after the death of Jehoiada came the princes of Judah, and made obeisance to the king. Then the king hearkened unto them.
18 And they left the house of the Lord God of their fathers, and served groves and idols: and wrath came upon Judah and Jerusalem for this their trespass.

There are a few people mentioned here; king Joash, and the princes, so it’s quite easy to confuse who the “he” is in verse 19. Because the “he” is singular, it alludes to the king. Maybe Joash sent the prophets because the princes were being disobedient. But it indicates that the king hearkened to the princes – he listened to them. In fact, the king is the one who slays Zechariah, the son of Jehoiada because Zechariah prophesied against all of Judah.

The only other entity in this conversation is the LORD. In verse 19 the text refers to YHVH and almost suggests that YHVH is not the “he.” But I submit that the “he” is YHVH in this verse. In fact let’s review this verse in the English version of the Jewish Bible.

The LORD sent prophets among them to bring them back to Him; they admonished them but they would not pay heed.

To clarify this, the Jews make the first pronoun, YHVH – the name of God. Then they use “Him” (notice the capitalization) as the later pronoun in the verse. This helps convey the proper pronoun in the translation so that there is no confusion.

Reading translations is hard. Pronouns get confusing and often times the original meaning gets lost. This is why it is so important to get as close to the actual text as possible. When things get foggy, go to the actual Hebrew for clarity. Look to the translations already in use by those that know the language best. It can have a huge impact on how you interpret the text.