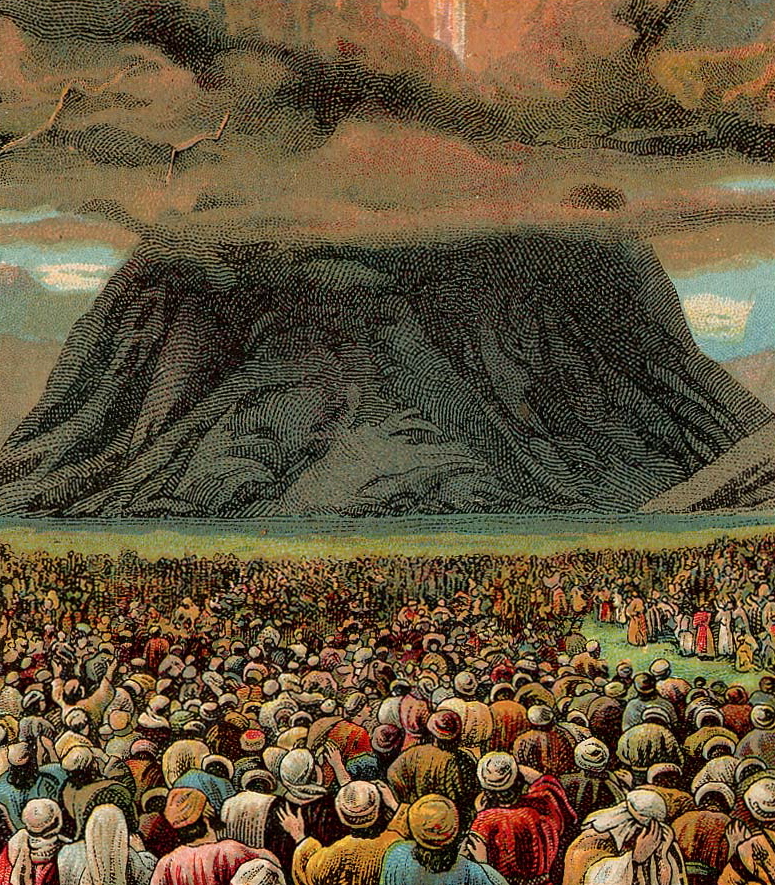 But neither Titus, who was with me, being a Greek, was compelled to be circumcised:

Compelled – I have many reformist friends and enjoy my conversations with them. They push me, cause me to research further, and share very interesting concepts of theology. They are passionate and well studied. One recent conversation revolved around the concept of free will vs. compulsion.

From what I’ve gathered, the reformist theology, based much upon the writings of Luther, explains that man cannot change direction without the compulsion of an outside force. This compulsion (God’s Spirit) causes us to repent and turn to YHVH. Without it, we’d never choose to do God’s will of our own free will. But once compelled by God to become a believer, we then choose to fulfill His will.

I’ve made some assumptions there that may need further clarity. My initial conversations included some questions. What is the compelling force’s purpose? What is the action that man cannot do without being compelled? The answer given is often tied to repentance. Man cannot repent and turn to God without His direct interaction in our lives. As you can see, this aligns immediately with total depravity. We are totally depraved unless God intervenes.

So naturally, we need to understand both repentance, and sin. These two concepts are paramount in our discussions of compulsion vs. free will. According to Lutheran theology, I cannot repent from my sin without God’s intervention/compulsion. Free will does not exist. So let’s take a look at what the Bible states, not necessarily what the players in the Bible do as the direct instruction for our lives. I say this in reference to the quote above from Galatians. Do we look to Titus’ life as the example of how to live under Lutheran theology, or should we look to clear instructions within the text instead?

What is sin and repentance?

If you haven’t read my book, this is the very topic, and I suggest reading it for much more depth than I can cover here in this post. We can quickly define sin from John’s writings:

Whosoever committeth sin transgresseth also the law: for sin is the transgression of the law.

Simply put, sin is breaking God’s law. So repentance from sin is the return to obedience of God’s law. If one has repented, than they must be keeping Torah. Repentance isn’t a general turning from all sin. This would mean that someone would submit themselves to every law, all 613, in one swift action of repentance. Today, this is unlikely. However, one can come to the realization as Paul wrote in Romans 7:7, that the law provides clarity of sin. For Paul, he would not have known that covetousness is sin, except that he read the law. And upon understanding that law, he could therefore repent and turn away from covetousness. This is how the law works in my own life. I read a law, study to understand it’s original application, and repent of my sin by applying that law to my life bringing me into obedience to God’s will. I cannot repent from all sin if I don’t know how to turn away from it. I cannot repent without keeping Torah.

So now we return to Lutheran theology. If compulsion (God’s Spirit) forces us into repentance and a change in direction, then we should all be forced into keeping God’s law. But the fact of the matter is that we don’t. We don’t all keep His law blamelessly as John’s parents did in Luke 1:6. No, we are much more like Titus… uncompelled to keep certain laws – uncompelled unto repentance. But Paul seems to encourage the fact that Titus was breaking the law of circumcision. How could this be?

If you don’t know how one became an Israelite in the 1st century, than you’re missing the point to Paul’s argument. The Pharisees had a strict set of rules, including circumcision, that one would have to go through before becoming part of God’s people. Paul’s argument is that the believer is a part of God’s people through faith. This faith (relationship with God) would then naturally evolve to becoming an obedient righteous person through the study of Torah. In fact, the brother of Yeshua, James, stated this very thing.

For Moses of old time hath in every city them that preach him, being read in the synagogues every sabbath day.

The instruction of the early church was for every Gentile to attend the synagogue on Sabbath and learn the Torah. So, is this something you do today? Are you gathering in a synagogue on the Sabbath to study the laws? Or do you attend church on Sunday and listen to sermons from the New Testament? Are you aligning yourself to the instructions of the early church lead by James, or to the “church fathers” rooted in antisemitism and Greek philosophy?

So Paul explains that Titus, a Greek, is a believer even without circumcision. This makes Titus’ journey real. A Greek man would naturally have hesitation about circumcision. But as Titus grows, and learns about the Torah in the synagogue every Sabbath, he will learn, as Paul did, what sin is and repent from it. It’s about relationship and choices – not compulsion.

If Titus was compelled by God to repent and turn his life to God, than sin would stop immediately as repentance took hold on his life and converted him fully to the law in one single swift action. But Titus is like us, or we’re a lot like Titus. There are things in the law that just don’t fit our lifestyle. So rather than conforming to the Word, we kind of skip over those parts… for now. But if we choose to align ourselves with the Apostolic church that gathered in synagogues every Sabbath… hmmm… again that might be too much for most of Christianity today. So let’s start one law at a time. Let’s start with repentance from one sin at a time. This requires that you read Torah to learn what sin is. It requires you to conform your life, as you grow, to God’s intended image – the image found in His Son, Yeshua.

One thought on “Compulsion or Free Will?”