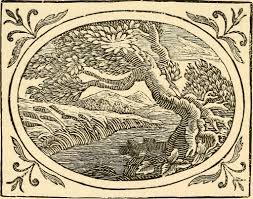 A VERY LARGE OAK was uprooted by the wind and thrown across a stream. It fell among some Reeds, which it thus addressed: “I wonder how you, who are so light and weak, are not entirely crushed by these strong winds.” They replied, “You fight and contend with the wind, and consequently you are destroyed; while we on the contrary bend before the least breath of air, and therefore remain unbroken, and escape.”

The Oak and the Reeds, an Aesop fable

I often think about the leadership of communities and their unwillingness to change or grow. This Aesop fable is a particularly good example of this message.

First I want to establish that being firmly rooted in belief is a great thing. Being strong in one’s walk with the LORD is equally reassuring. There is a strength required of leadership in whatever community one’s a part of. When difficult decisions arise, people often look to the leadership for answers, and sometimes those answers aren’t pleasing to everyone. But I would submit that a vulnerable side to leadership is equally beneficial to the community.

A truly strong leadership, especially in a religious community, is willing to bend. It is willing to place the commandments of God above their own traditions. This particular form of leadership would want to learn more – always. They’d be willing to admit weakness and flaws, and desire to grow and change when needed.

In my own religious community I’ve seen three times recently when the Spirit has attempted to convey this message to the leadership.

I bring these forward as examples that leadership can’t always go it alone. The Spirit often times encourages learning and growing, and many times this may come from their own flocks. And as part of the flock, we need to pray for our leadership. We need to ask God to open their hearts to correction and humility. Strength is a great attribute of leadership, but it’s not the only attribute.

Ruling with love and benevolence is far superior than ruling with fear. Helping the congregation feel loved and live in peace will produce much more Godly fruit than scaring them from leaving the community or forcing particular traditions above the commandments of God. We are the body of Christ – let us work the way He worked.

Leadership should be strong and identifiable like the oak, but at times they must be willing to bend like the reeds.