And thou shalt put in the breastplate of judgment the Urim and the Thummim; and they shall be upon Aaron’s heart, when he goeth in before the Lord: and Aaron shall bear the judgment of the children of Israel upon his heart before the Lord continually.

The Urim and the Thummim – I had the most fascinating conversation this week with another elder. We were discussing about when David was given a tough decision, he called for the ephod of the priests to figure it out. Our question was, why? What exactly was an ephod and how did it help David? Here’s the verse that sparked our interest.

This particular elder put in some research and discovered that an ephod was a typical piece of a priest’s outfit that rested on their breast outside of their clothing. So our next question was, did David want to wear it? It was a part of the priest’s clothing, not David’s. Looking closer, we noticed that David called for the ephod. David wasn’t asking for any ol’ ephod, he was asking for the special/particular ephod. Our next question was, is there a special ephod and if so, why?

That leads us to the verse at the top from Exodus 28. The High Priest’s ephod contains the Urim and Thummim. So now we needed to understand what the ephod of judgement was, and what’s so special about the Urim and Thummim. The answer, which is difficult to glean from Scripture, required further investigation into historical texts.

-how much more influential would these urim vetumim in the sacred garments of the High Priest be in order to elicit answers to questions posed to G’d, seeing that the means employed were holy and sanctioned by G’d Himself? 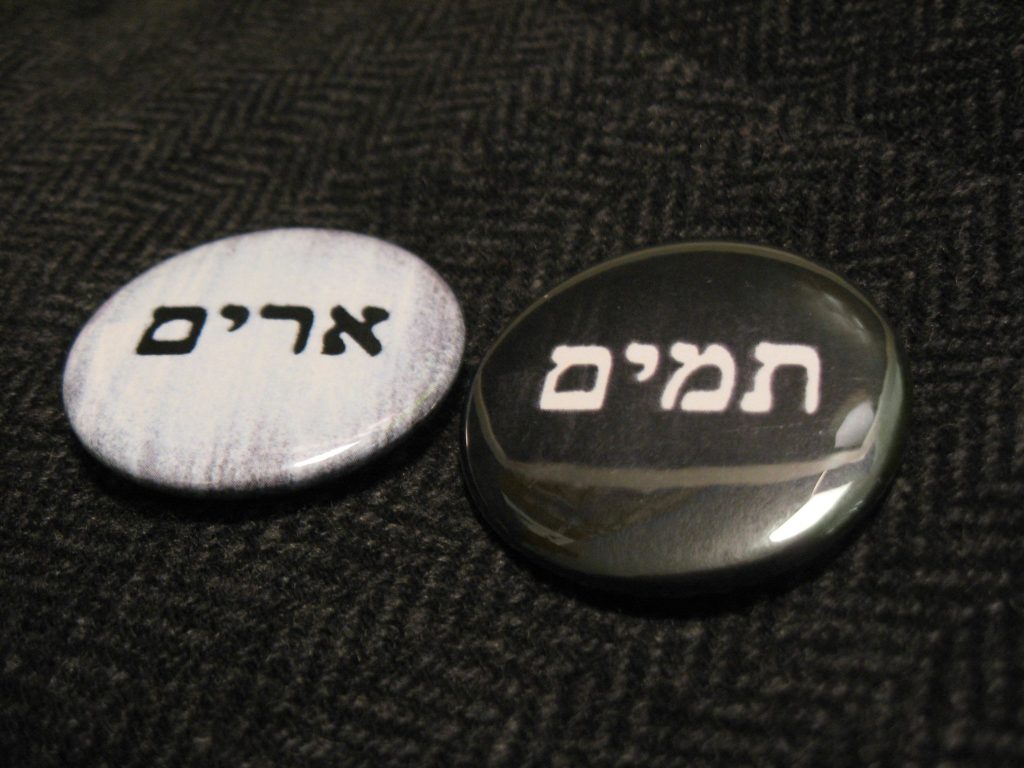 Turns out the Urim and Thummim are believed to be two stones, one white and one black. But this isn’t certain. Either way, these two pieces of stone (or wood, or paper) were engraved, one with the word Urim, and the other with the word Thummim.

Thummim (תוּמִים) is widely considered to be derived from the consonantal root ת.ם.ם (t-m-m), meaning innocent, Many scholars now believe that Urim (אוּרִים) simply derives from the Hebrew term אּרּרִים (Arrim), meaning curses, and thus that Urim and Thummim essentially means cursed or faultless, in reference to the deity’s judgment of an accused person— in other words, Urim and Thummim were used to answer the question innocent or guilty.

The inquirer of God would request an answer from the High Priest, and the High Priest would reach into his ephod and pull out one of them. If the Urim was pulled, the answer was cursed or no; if the Thummim was pulled, the answer was innocent or yes. This was the way God dictated that inquiries should be brought forth. He encouraged the use of drawing lots to discern answers. This way no man could easily twist the word of God to fit his own agenda. No one knew which stone would be pulled, and because the stones were exactly the same shape and polish, not even the priest knew. The answer was completely in God’s control.

This is what David was calling for when he requested that the ephod be brought to him. David wanted to inquirer of God and receive an answer of ‘yes’ or ‘no’. So David, a man so filled with the Spirit of God, with prophets at his disposal, chose to rely on the Urim and Thummim as commanded by God in the Torah. He didn’t seek the answer from any prophets, nor did he rely on his own judgement.

Thank God that His Spirit guides us to resources that help shed light on particular difficulties within His text. And I thank Him for the wisdom that he has bestowed upon the many people who have dedicated their lives since before the time of Yeshua unto today in the service of gathering the wisdom of the sages and sharing it to help His word grow with a deepness of detail. It is through these books, articles, commentary, and relationships that we may have a stronger understanding of the culture and worldview of the Hebrew people, and thus a stronger understanding of the word of God.