Then they said, “The God of the Hebrews has met with us. Please, let us go a three days’ journey into the wilderness that we may sacrifice to the Lord our God, otherwise He will fall upon us with pestilence or with the sword.”

Then they said – In Rabbi David Fohrman’s latest book, The Exodus You Almost Passed Over, he talks about the Tale of Two Speeches. In this section of the book he compares the two speeches from Moses to Pharaoh, in light of the contrasts between monotheism and polytheism.

Moses and Aaron first approach Pharaoh with this speech:

Thus says YHVH, the God of Israel, ‘Let My people go that they may celebrate a feast to Me in the wilderness.’

And what was Pharaoh’s reply? He claims that he doesn’t know of a god named YHVH, and he’s not going to listen to whoever that is. But after Pharaoh denies their request, Moses and Aaron don’t just return to YHVH to think up another plan. And Moses doesn’t try to strong arm Pharaoh into this request, but rather Moses gives us speech #2. “Then they said…”

The God of the Hebrews has met with us. Please, let us go a three days’ journey into the wilderness that we may sacrifice to the Lord our God, otherwise He will fall upon us with pestilence or with the sword.

What’s the purpose of this second speech? And why did Pharaoh react to it differently? If you notice, Pharaoh doesn’t reject speech two immediately the way he did speech one. He understands speech two and gets upset that Moses and Aaron are mustering up the Hebrews.

Well, let’s look at the differences of the two speeches.

What are the enslaved people called?

And if Israel doesn’t go?

So in light of polytheism, Pharaoh actually understands the god in speech number two. It’s a god that happened upon the Hebrews, and wants them to sacrifice to him otherwise great suffering will come. This sounds like a god with which Pharaoh is familiar. He didn’t know the other god Moses mentioned in speech number one. He’s never heard of YHVH, and can’t fathom that a god would want to “celebrate” with people.

But despite his understanding of speech two, Pharaoh would take a huge economic hit if he released the Hebrews, and thus he still rejects the request. 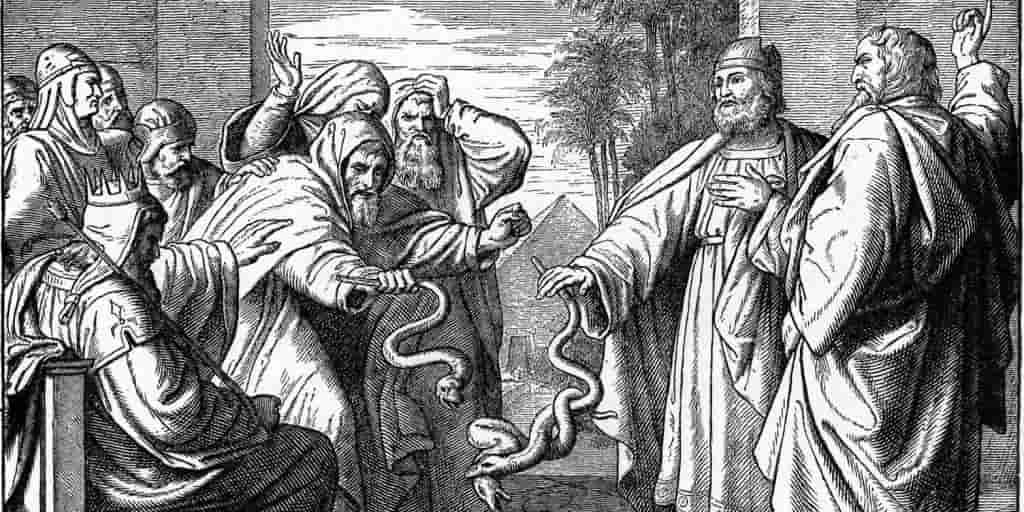 So with these differences in play, what was Moses hoping to achieve? Well as mentioned, Moses first needed to share the truth with Pharaoh. There’s this Creator-God named YHVH, and He desires for His people to be released from bondage. But when that didn’t work, Moses attempted to share in terms that Pharaoh would understand. He had to speak on Pharaoh’s level.

Isn’t something like this repeated in the New Testament?

To the weak I became weak, that I might win the weak; I have become all things to all men, so that I may by all means save some.

Paul also became all things to all men. He spoke with others on their level so that he might win them over. This was Moses’ speech number two. He tried to relate to Pharaoh on his level. It’s about knowing our audience. Keep this in mind when we preach the Word of God. Always speak the truth, and at times, speak it in the simplicity by which others might understand.