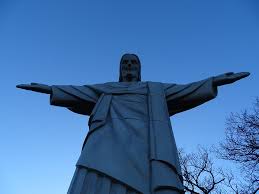 But when the righteous turneth away from his righteousness – Concepts like predestination and once saved, always saved provide complacency and a false sense of comfort in life. When we read from Ezekiel who spoke the words of God, the words he uses us so uncomfortable. Maybe this is why very few read the Old Testament anymore.

END_OF_DOCUMENT_TOKEN_TO_BE_REPLACED

And join them one to another into one stick; and they shall become one in thine hand.

Stick – Have you read this prophecy? God instructs Ezekiel to take two “sticks”. On one write the name of Judah (symbolizing the House of Judah, Judah being the dominant tribe of the southern kingdom) and on the other write Joseph (symbolizing the House of Israel, Joseph’s child, Ephraim being the dominating tribe of the northern kingdom). Then take these two “sticks” and join them together to become one “stick”. In a nutshell, God is prophecising about the reuniting of the kingdom – all 12 tribes. You see, Ezekiel lived about 400 years after the kingdom divided upon King Solomon’s death. His life existed in a time when the kingdom was still split in two. And the kingdom never came together again… it hasn’t happened yet. So this is clearly a prophecy of a future time. END_OF_DOCUMENT_TOKEN_TO_BE_REPLACED